Generation Z are pushing for true inclusivity in the media

“As the ranks of LGBTQ+ people grow, we no longer feel that our ideas, our style, our creative expression, and our interests should be viewed as fringe — they never were.” So reads the manifesto of Them – Condé Nast’s newly announced multi-platform publication and community hub unpicking style, politics and contemporary debates through a LGBTQ lens. Headed by 26-year-old wunderkind Philip Picardi of Teen Vogue and Allure, Them affirms the seismic shift into inclusive content creation. Queer is now firmly on the agenda, and it’s here to stay.

Undoubtedly, Generation Z’s relentless social influence has played an enormous part in overhauling the media landscape. Open-minded and armed with immeasurable social media clout, young adults and teens are appealing for authentically diverse and intersectional coverage from platforms large and small, as echoed by Picardi in conversation with Business of Fashion earlier this month. “Young people are dominating our culture and they’re going to shape it in a way that we really aren’t expecting, particularly in matters of gender and sexuality,” he said.

Last year, a study covered by Broadly found that 52% of American Gen Z’s don’t identify as exclusively heterosexual. A similar finding was found on UK shores too, where the Independent reported younger generations as far more sexually fluid than their older counterparts, with one in ten 16-22 year olds identifying as bisexual. Voices that reflect this new blueprint are key to sating the growing appetite for stories that span the spectrum of gender as young people expand beyond the social constructs imposed upon them.

A plethora of smaller scale independent magazines, zines and platforms are curating their own LGBTQ audiences, tailoring their content for specific queer demographics too. Take Cause and Effect, an annual London-based hardback championing marginalised voices across fashion and culture, or New York based-queer arts magazine Girls Like Us whose tag line ‘more or less female’ eschews conventional womanhood and femininity. 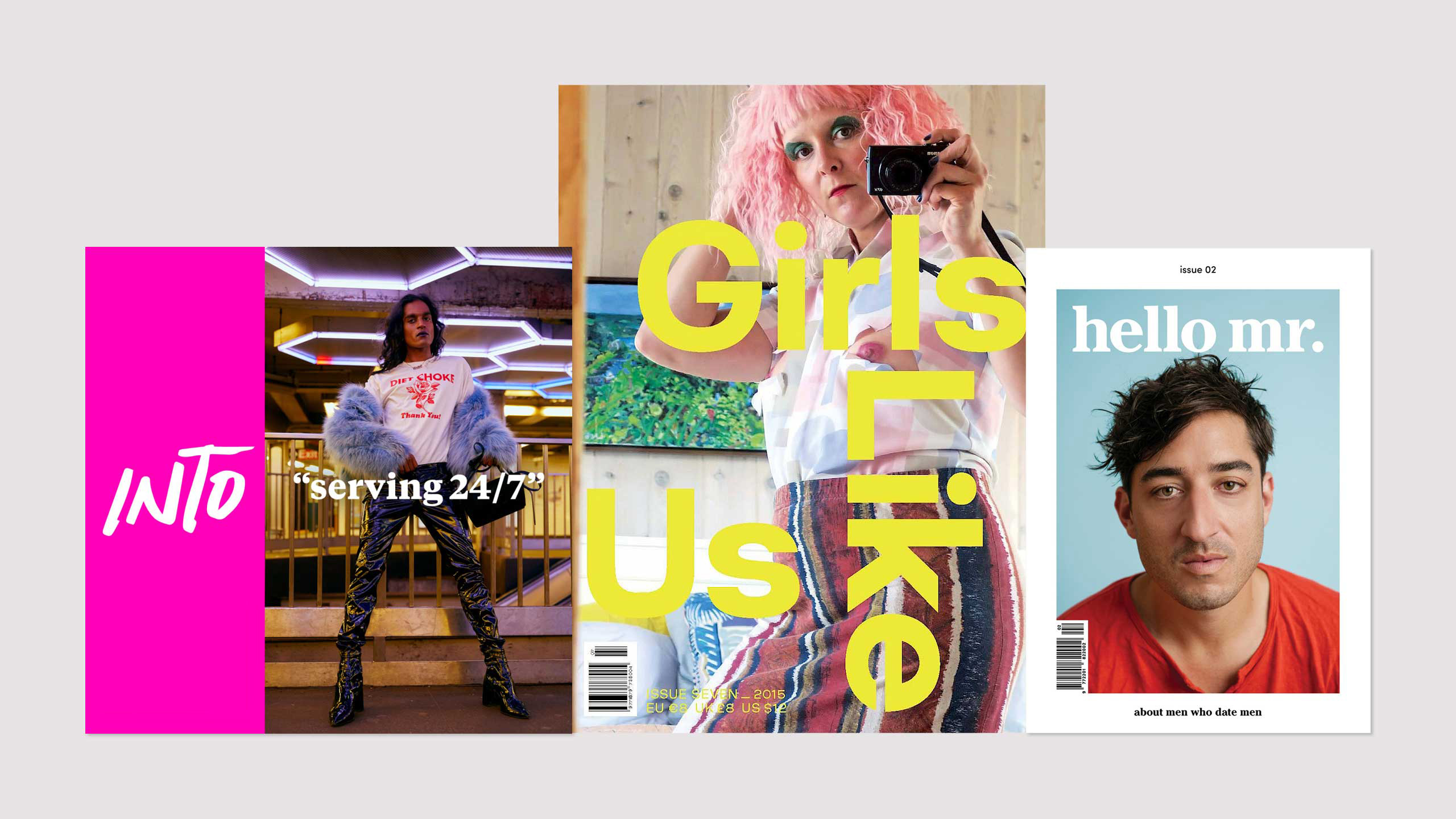 Grindr's new 'Into' online magazine, Girls Like Us and Hello Mr

In a bid to foster new talent, Hello Mr - the five-year-strong culture magazine for ‘men who date men’- will be mentoring budding publishers as part of it’s new residency programme. New zine ideas will receive mentorship by the editorial team before its printed as a supplement within Hello Mr issues. Elsewhere, gay dating app Grindr has launched Into, an LGBTQ online magazine spanning interviews, photography and video, led by Wonderland magazine’s production manager Oly Innes.

Thoughtful and genuine consideration for all identities and orientations is the key; it seems, to thriving in the contemporary digital and printed landscape.